Following football practices at Wavendon Gate on 1st and 15th October we have played both friendly and league matches.

We started with a couple of friendly games on Wednesday 9th October when our good friends at Middleton School hosted a football evening. The players really enjoyed playing. The players were :- Xavier, Harvey, Ollie M, Sam, Javara, Kamal, Daniel, Cayden, Archie and David.

Tuesday 5th November saw us play a friendly against our good friends from Bushfield School. It was a tough game with the players all enjoying the challenge as they learned a lot and really progressed as the game went on. Well done to the following players :- Jude, Anes, Beau, Ollie W, Luke, Andrew, Mikail, Freddie, Nasri and Jayden.

Our second round of games was played on Wednesday 20th November when we played two more tough games. As before the boys played some good football on a very fast surface. Well done to the following :- Sam,

Our final round of pool games were played on Wednesday 4th December when we played our final three games. Again the boys played good football on a difficult surface on a very night! We were without a couple of our regular players but Eesa came into the side and played very well.

We finished 4th in our pool. 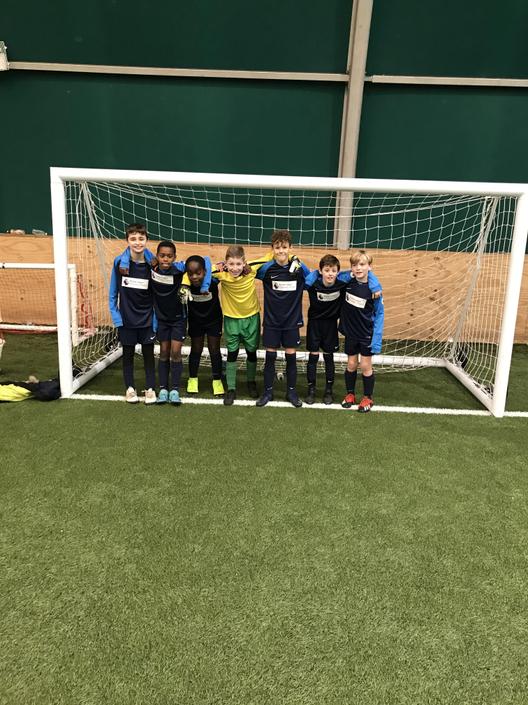 Congratulations to our Year 5/6 football team who qualified for the finals of the EFL Kids Cup on Friday. They topped their group to make it through to the finals to be played on Friday 10th January.

Unfortunately not the ones with chocolate chips.

Some cookies are necessary in order to make this website function correctly. These are set by default and whilst you can block or delete them by changing your browser settings, some functionality such as being able to log in to the website will not work if you do this. The necessary cookies set on this website are as follows:

Cookies that are not necessary to make the website work, but which enable additional functionality, can also be set. By default these cookies are disabled, but you can choose to enable them below: